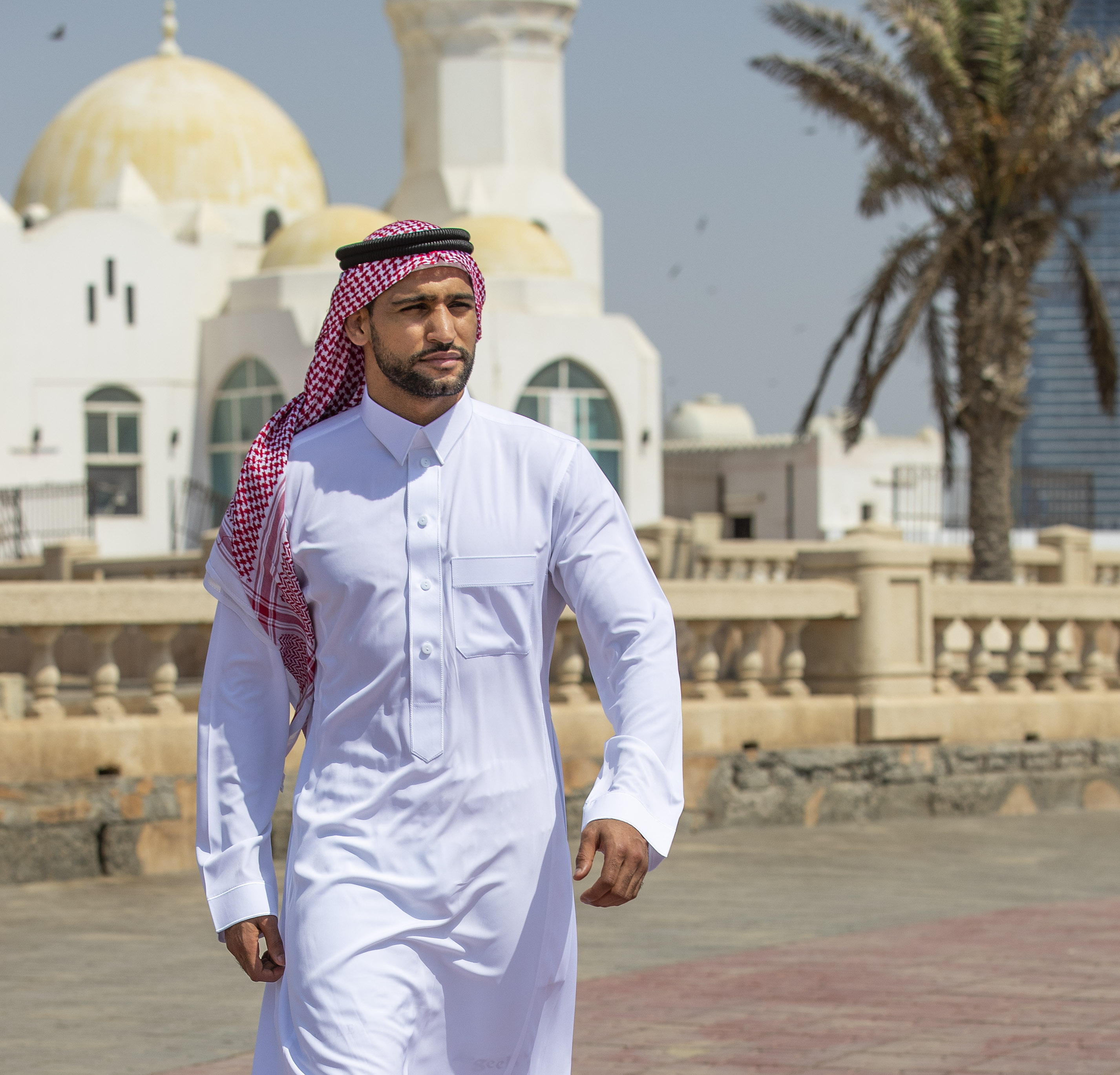 London, UK (2 November 2020) The WBC President Mauricio Sulaimán announced last month that Khan and Senior Vice President Tahir (Taz), will spearhead the groundbreaking development of boxing throughout the region under the WBC Middle East Continental Federation that will see flexible and tailored development projects in the individual affiliated countries.

The project is very close to Khan’s heart as the late José Sulaimán, the Lifetime President of the WBC and Mauricio’s father, expressed his desire to Khan to one day see boxing become established and prosper in the Middle East and Khan, with Mauricio’s blessing, will ensure that now becomes a reality.

Khan has a long-term, strategic vision for the evolution and advancement of the sport there and believes his considerable experience in every facet of boxing places him in a unique position as he oversees the implementation of the revolutionary plan and to drive it through with his unwavering verve.

The 33-year-old has experienced everything in his 20 plus years in boxing from the amateur code, where he captured an Olympic Silver Medal in 2004 at just 17, through to the pros where he won a multitude of titles – including the WBC Silver and International belts – and two World titles, while facing the best pound-for-pound fighters of his generation.

In addition to his ring legacy, Khan has acquired a stellar resume outside of the ring from heading his own promotional organisation; experience in negotiating big fights with top promoters; securing agreements with international TV broadcasters, to liaising with governing bodies, managers and fighters. Not to mention his outstanding philanthropy work through the Amir Khan Foundation to help improve the lives of millions of disadvantaged children around the world.

To see boxing established in the Middle East has long been an ambition for Khan which he believes is a major market with untapped potential to establish boxing and to stage major Championship title fights and events that will draw international tourism and a huge benefit to the economies of the countries in the region.

It will not solely be focused on just the big fights though.  Through the hugely successful worldwide WBC Cares initiative that enables boxing to give back to society, countries will be benefit from the experience and resources to enhance health and fitness, school and education; women’s boxing and tackling major issues health issues such as obesity.

Khan’s first foray in the region saw him achieve his dream of fighting in the Middle East in July 2019 when he defeated Billy Dib at the King Abdullah Sports Stadium in Jeddah, Saudi Arabia, to win the Vacant WBC International Welterweight title.  It was a history-making event that saw over 10,000 fans attend and the first time a Muslim professional boxer challenged for a Championship title in The Kingdom.

The 33-year-old will further commit to the long-term project when he moves with his family from his native home in Bolton, England, to relocate to the Middle East where he will oversee the work of his team as they embark on the landmark project.

Khan said, “I’m absolutely thrilled to be appointed as the President of the WBC Middle East Boxing Council by Mauricio and the WBC to head up this incredible and historic project to establish and develop boxing in the region.”

“It has long been a dream of mine and Maurcio’s father José, who I consider a dear friend, and I’m delighted to bring our vision to reality with the aim of producing great and proud Champions from the region, but to also return back to the community with health, welfare, education, through the excellent humanitarian work by the WBC Cares programme,”

“The ground work has already started in earnest behind the scenes with Tahir, the Vice President, and our team’s drive and determination to see this long-term project through.   We’re all relishing the monumental challenge ahead of establishing and building the sport from the ground up,”

“We planted the seed with my fight against Billy Dib in Jeddah last year which was an historic moment for the region to be the first Muslim boxer to fight for a title.  Now with a WBC Middle East Council coming into operation, it will pave the way for big-name fighters and high profile events to be staged there and for boxers in the region to have similar opportunities,”

“Winning Olympic Silver, World titles and fighting the best of my era has been an unbelievable career, but what we’re going to achieve in the Middle East and the lasting legacy we’ll leave in honour of José, I believe is going to be the ultimate highlight of my career.”

Tahir added, “We are proud and honoured to be involved with the WBC as we put all our energies into creating something truly special in the Middle East that generations to come will benefit from,”

“Boxing is becoming increasing popular in the Middle East, whilst still a new and emerging territory, it is the ideal time for the WBC, the most prestigious of governing bodies, to enter the region and establish a structured governing body,”

“Yes, the big fights and getting the Middle East to host exciting, globally recognised events are going to be a huge driving factor, but just as crucial is the growth of the grass roots of the sport and we will pay particular focus on this.”

“Boxing has been proved to be a positive contributor to society and with the WBC our long term vision includes schools, education, fitness, health; the development of the women’s sport and confronting obesity,”

For further information on the WBC Middle East Boxing Council and for countries in the Middle East region interested in affiliating, please contact info@wbcmiddleeast.com