Objective: Highly-respected industry PR and Floyd Mayweather’s personal publicist Kelly Swanson tasked Maynard Communications with handling the UK Media Tour side of the Mayweather v McGregor World Media Tour ahead of their once-in-a-lifetime fight on 26 August 2017 at the T-Mobile Arena in Las Vegas.

A hectic four-city, three-country, tour was organised by Swanson. The tour took place in Los Angeles’ STAPLES Center, Toronto’s Budweiser Stage, Brooklyn’s Barclays Center. Culminating at London’s SSE Wembley Arena where everything had to spot on ahead of Swanson’s, Mayweather’s and McGregor’s arrival to ensure the event ran smoothly. Most importantly, Maynard Communications experience was pivotal to ensuring the UK Media Tour went exactly as expected.

Result: Working alongside the lead PR Swanson Communications team, Mayweather Promotions, Showtime and UFC, Maynard Communications ensured that the SSE Wembley Arena was perfect for media and fan requirements on the night from the photographer and media seating in the ringside press enclosure; setting up separate digital and print interview areas and TV interview runway and press conference room.

Tickets were made available free to fans’ through the SSE Wembley Arena website and all 10,000 were snapped-up to ensure a packed venue with an unbelievable, electric and unforgettable atmosphere and experience.

The Independent said the SSE Wembley Arena event was “A triumph for London”, “The promoters of this fight needed to get it right in London — and they pulled it out of the bag.” and “This presser was well organised and had a clear structure to it.”

The final stop of the press tour clearly left everyone looking ahead in anticipation for the showdown which surpassed all expectations as the second highest grossing PPV event of all time.

Read about Maynard Communications work with UFC GYM®. The first major brand extension of the Ultimate Fighting Championships and promises fitness-seekers of all capabilities the opportunity to practice the training regimes of the renowned UFC athletes. 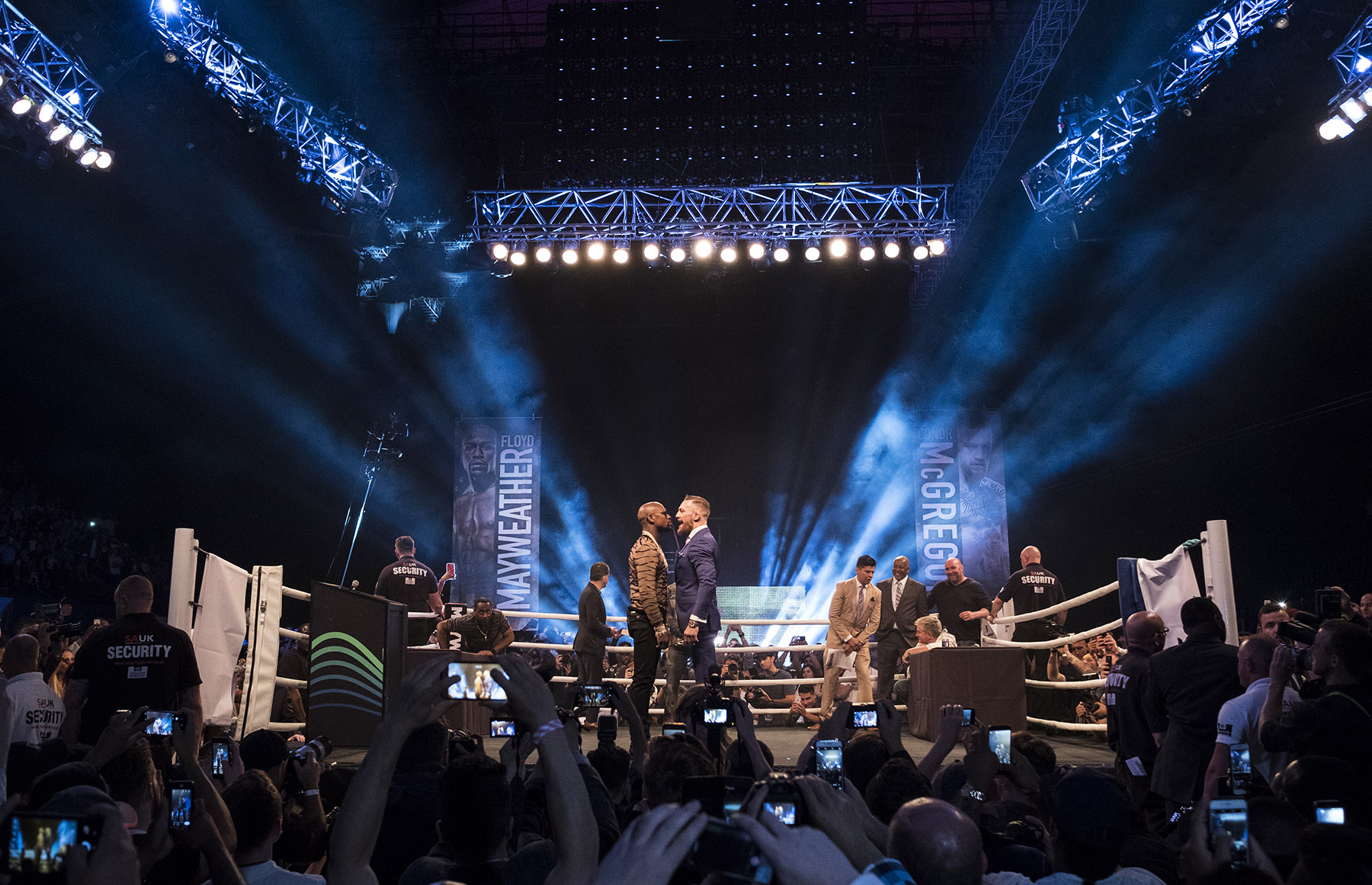 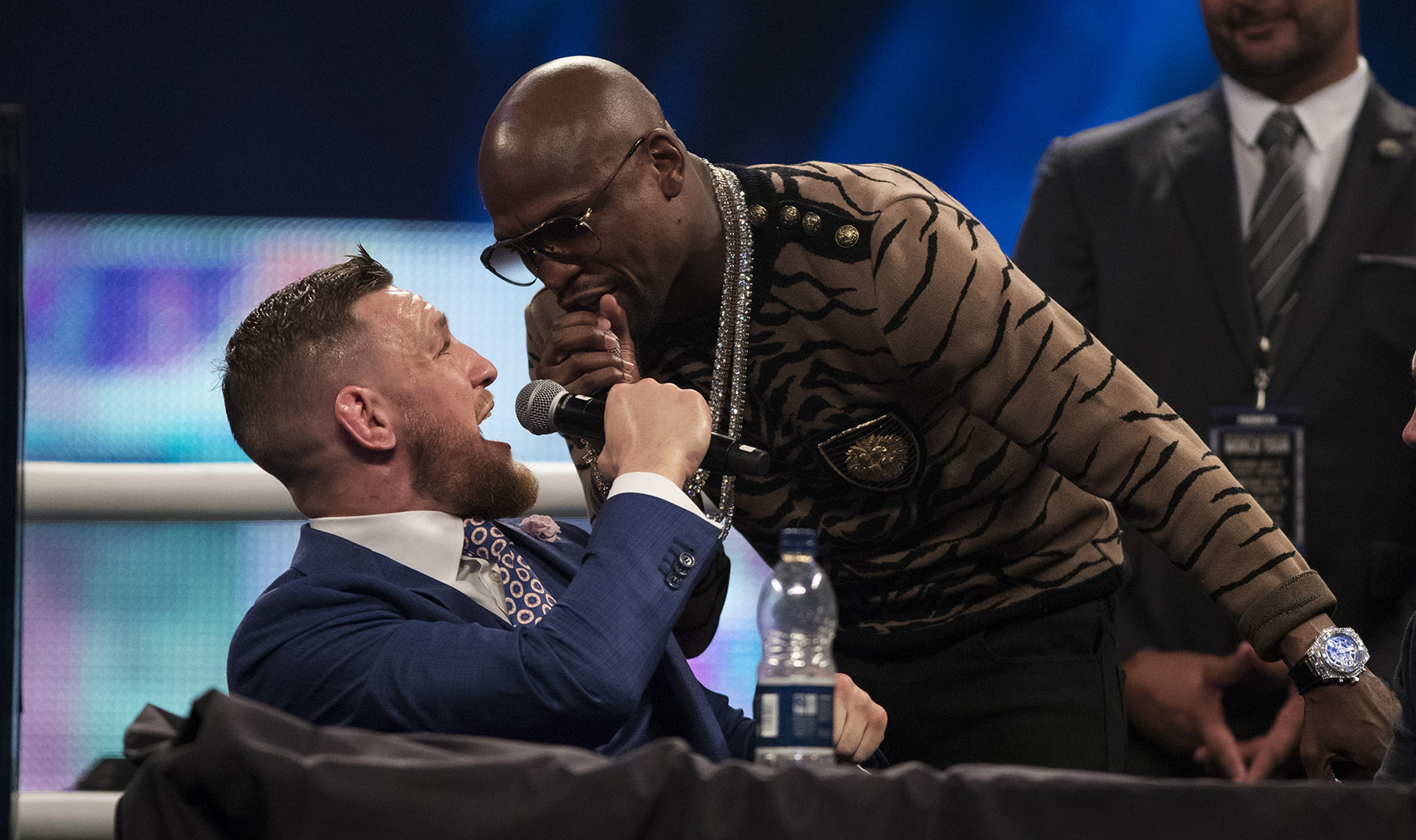 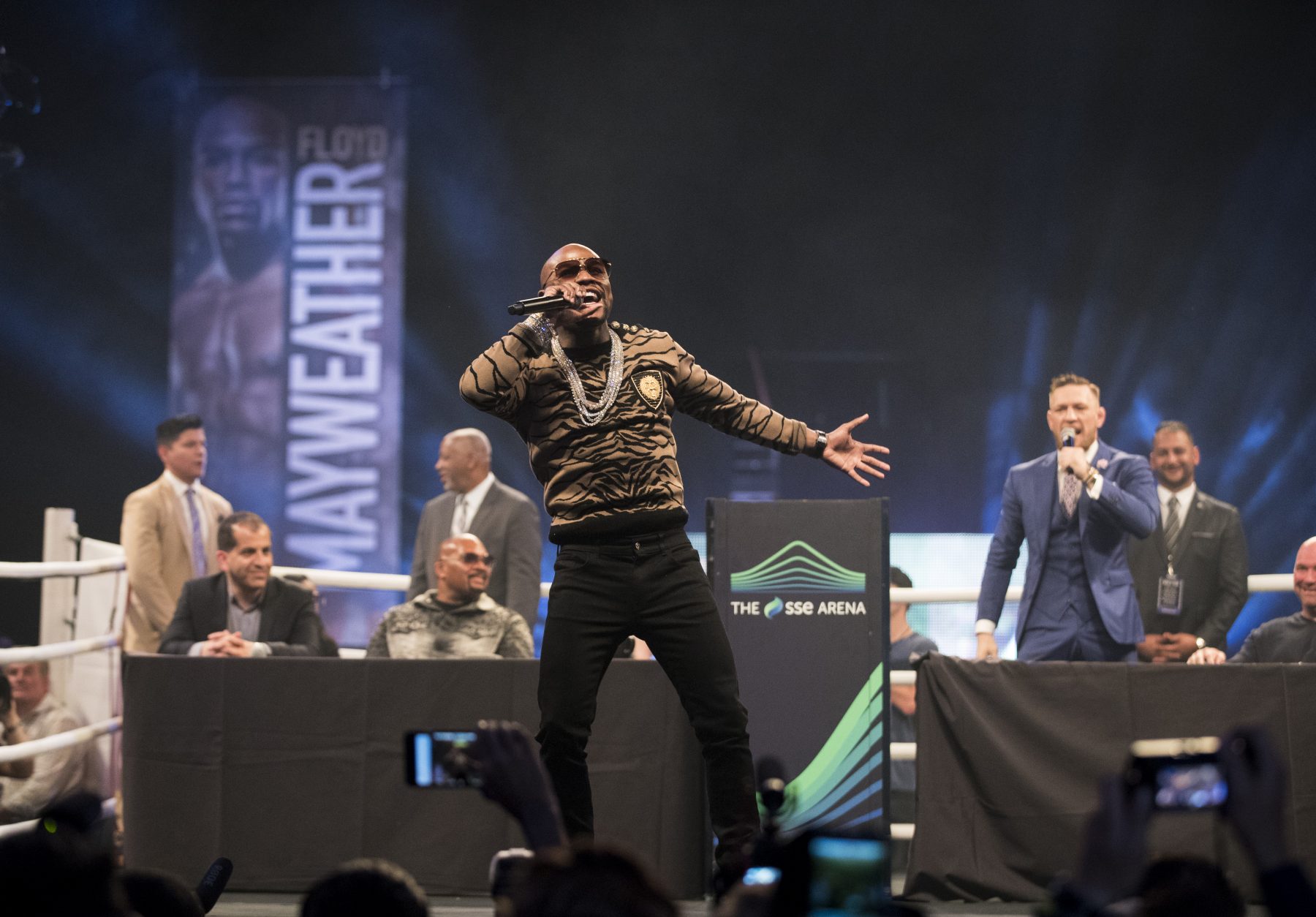