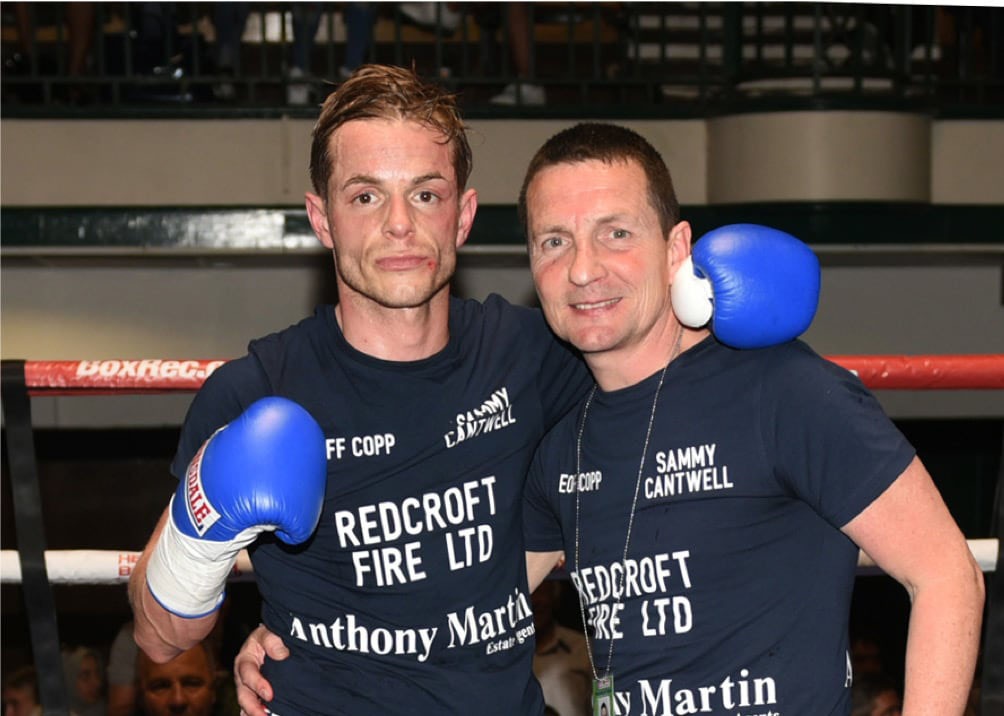 Now the Cantwells could join those illustrious fighting family names when Sam Cantwell aims to emulate father Mickey and become a champion when he challenges for his first professional title on Saturday 25th April at the National Sports Centre, Crystal Palace.

Mickey was a hugely popular fighter in the 1990s with a relentless, all-action, style that saw him win the British and Southern Area Flyweight titles and challenge for the World title four times and once for the European.

Being the son of a famous father and living up to the expectation can be tough in professional sport and more so in a hard sport like boxing and can be bring immense pressure, but Sam says he’s not affected.

“I’ve always taken the pressure in my stride, I think that other people view it as pressure.” Said Cantwell.

Sam is following in the footsteps of his old man who fought twice at the famous venue. Mickey made his professional debut there against Eddie Vallejo with a fourth round TKO in January 1991 and his last fought there in May 1999 against now top trainer Dave Coldwell with a points win.

He said, “Lets hope it’s a good omen for me! I’ll aim to keep it three out of three for the Cantwells. The National Sports Centre has got a lot of history behind it with the likes of Lennox Lewis and Nigel Benn fighting there so I’m happy to fight where my dad and some of the other big names of the sport have fought. This is my first title opportunity and I’m excited to fight for it at Crystal Palace and I aim to make it a great night for me, my family and fans.”

It’s hard for Sam not to look further than the fight against Little, but he realises that he must win if he is to progress to further title opportunities and riches.

He added, “Everything is focused on this fight against Little. If I don’t win then nothing else will materialise. Everyone has dreams, My dream is to wear a British title, whether at fly or super flyweight. I think that if I win and win well on the 25th then that will open up the doors towards my dream, but they won’t open unless I win. My eyes are just focused on Ricky Little at the moment. He’s a good tough kid and I know what I’ve got to do to win.”

Brixton cruiserweight hot-shot Isaac Chamberlain makes his highly-anticipated return to the ring as he gets looks to get into World title contention. Sevenoaks middleweight prospect Michael Hennessy Jr. continues on his rise through the domestic ranks. Also on the card will be Bromley welterweight Billy Jackson; undefeated and exciting Romanian heavyweight destroyer Lucian Atana; Maida Vale super-featherweight Alireza Ghadiri and Brixton’s Shamari Mackay.