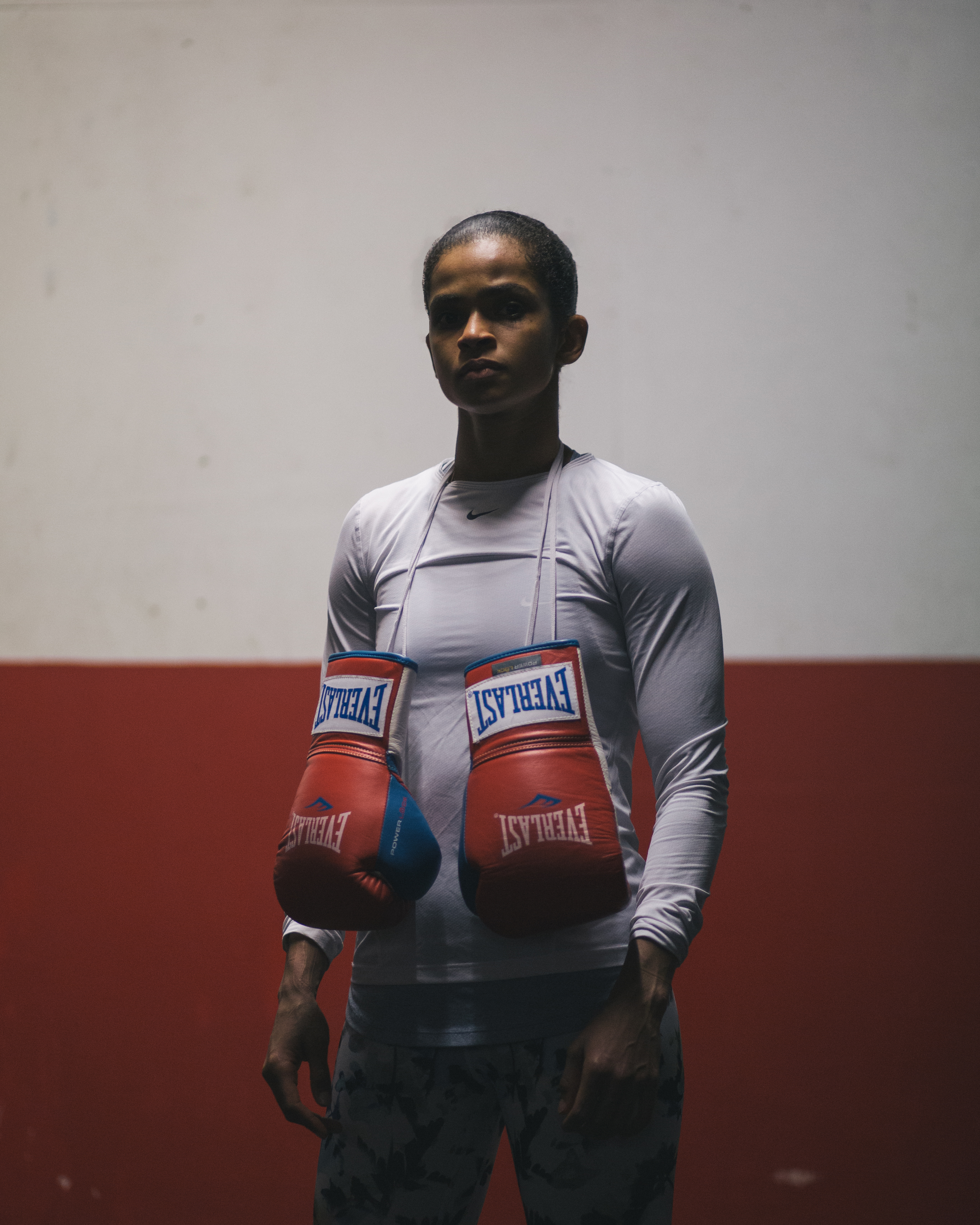 London, UK – 17 December 2020 – Everlast Worldwide, the world’s leading manufacturer, marketer and licensor of boxing, MMA and fitness equipment, today announced that it has signed the inspirational female boxer Ramla Ali who is changing the perception of women’s boxing.

Ali has signed an exclusive fight sports equipment agreement with Everlast and will compete and train in the iconic boxing gloves, while using Everlast’s specialist training equipment.

Everlast’s rich heritage is build on the core values of strength, dedication, individuality and authenticity, which have made Ali a natural fit with the historic brand.

The most decorated female Muslim boxer in history, Ali has overcome incredible obstacles in life to achieve her dream of becoming a professional boxer and to serve as an inspirational figure to a generation of young girls around the world.

Born in Mogadishu, Somalia, during the Civil War in the early 1990s, the family fled to Kenya as refugees by boat in a traumatic nine-day journey after Ali’s 12-year-old brother was killed by a grenade landing while playing in the back garden.  Her mother worked hard in Kenya for a year to save up enough money to bring the family to Britain as war refugees, settling in social housing in Bethnal Green, East London.

Teased for being overweight at school, her mother encouraged Ali to exercise at a leisure centre to get fit where she quickly took to Boxercise and discovered a talent and passion for amateur boxing which led to her competing.  Later in her studies she gained a first-class law degree from SOAS University of London and worked in the city for a renowned law firm, but boxing was always her primary goal.

Incredibly, she kept her boxing a secret from her parents due to the fear of it bringing shame on the family.  She was spotted boxing live on TV by a brother and her mother banned her from participating in the sport any further.  However, an uncle recognised the sporting benefits of what she had achieved and spoke to her mother as did Ali’s now husband and trainer, Richard Moore, and Ali was allowed to pursue the sport again – with her proud mother now her biggest supporter.

As an amateur boxer, Ali had an incredible 2016 where she won the Elite National Championships, the English Title Series, the Great British Elite Championships and three major amateur tournaments.  Ali was also the first boxer to represent Somalia at a major event in the 2018 World Championships and won the African Zone Featherweight Championship in 2019.

Competing in the super-bantamweight division, Ali made a successful start to her professional career in October with a commanding points victory over six rounds against German Eva Hubmayer.  She fights this Saturday on the undercard of Joshua’s world title defence against Kubrat Pulev at the SEE Wembley Arena.

Due to her experiences as a refugee, Ali is a big supporter of the humanitarian work underaken by NGOs (Non Governmental Organisations) and UNICEF who she credits to being where she is today and is working hard to change the perception of refugees.

She is signed to the IMG modelling agency and featured on the front cover of the September 2019 issue of British Vogue, which was guest-edited by the Duchess of Sussex, Meghan Markle, who selected Ali as one of her “Forces For Change” alongside New Zealand Prime Minister Jacinda Ardern, activist Greta Thunberg and actress and LGBTQ advocate Laverne Cox.

Ali is delighted to join the other great athletes in the #TeamEverlast rooster of talent.  She said, “I’ve been boxing for many years now and know the gloves I wear are hugely important. I have to feel my hands are protected and that the gloves are keeping me free of injury, balanced and comfortable and give me that security when making contact. They also need to have the ability to sustain a lot of volume due to my training load. I’m delighted to partner with Everlast on a long term basis who ensure all these things in their gloves and have a long history at the top of the sport with some of its biggest names. I’m so happy to have them on the team!”

Chris Zoller, Everlast’s Chief Marketing Officer, is thrilled to welcome Ali to #TeamEverlast.  He said, “Ramla is an inspirational athlete with an incredible story. She has strength, courage and skill in abundance and we couldn’t be happier to be teaming up.”

The preeminent brand in boxing since 1910, Everlast is the world’s leading manufacturer, marketer and licensor of boxing, MMA and fitness equipment. From legendary champions Jack Dempsey and Sugar Ray Robinson to current superstars Dustin Poirier and Deontay Wilder, Everlast is the brand of choice for generations of world champion professional athletes. Built on a brand heritage of strength, dedication, individuality and authenticity, Everlast is a necessary part of the lives of countless champions. Based in Manhattan, Everlast’s products are sold across more than 75 countries and 6 continents. For more information, visit www.everlast.com.